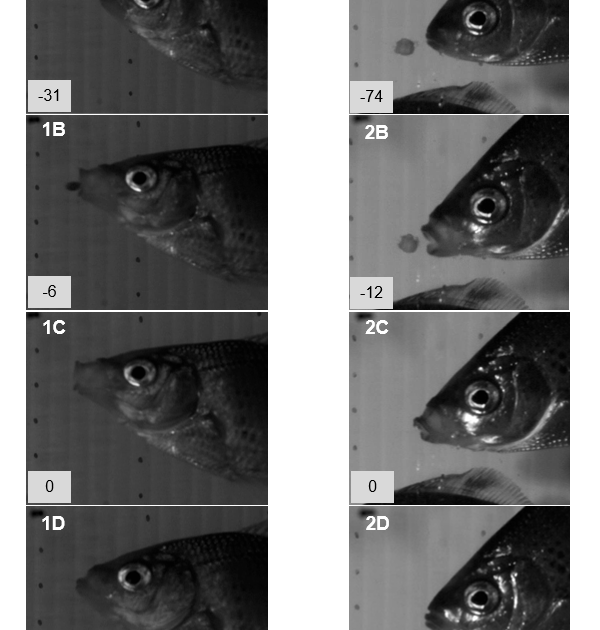 Recreational fishing is popular throughout the world and has significant socioeconomic impacts. Catch-and-release fishing is beneficial for a number of reasons, but the immediate impact of hook removal is poorly understood.

Melissa Thompson, a University of Alberta undergraduate student, during our 2017 Biology of Marine Fishes course (co-taught by Tim Higham and Sean Rogers), caught 10 shiner perch via hook-and-line and 10 by net. In the lab she used high-speed video to examine how feeding performance differed between the two groups. She found that the speed of the prey being drawn in by suction was lower in the group with hook injuries. This was further examined using computational fluid dynamics, which models the impact of the hook-induced injury on the flow of water into the mouth during feeding. This analysis confirmed that the injury caused by the hook reduced the speed of water drawn in through the front of the mouth by causing a “leak” in the system. Although the results were significant, long-term impacts are unlikely. Rapid healing could mitigate the negative impacts, and altered behavior (i.e. different feeding strategy) during healing could also limit the negative caused by reduced suction performance.