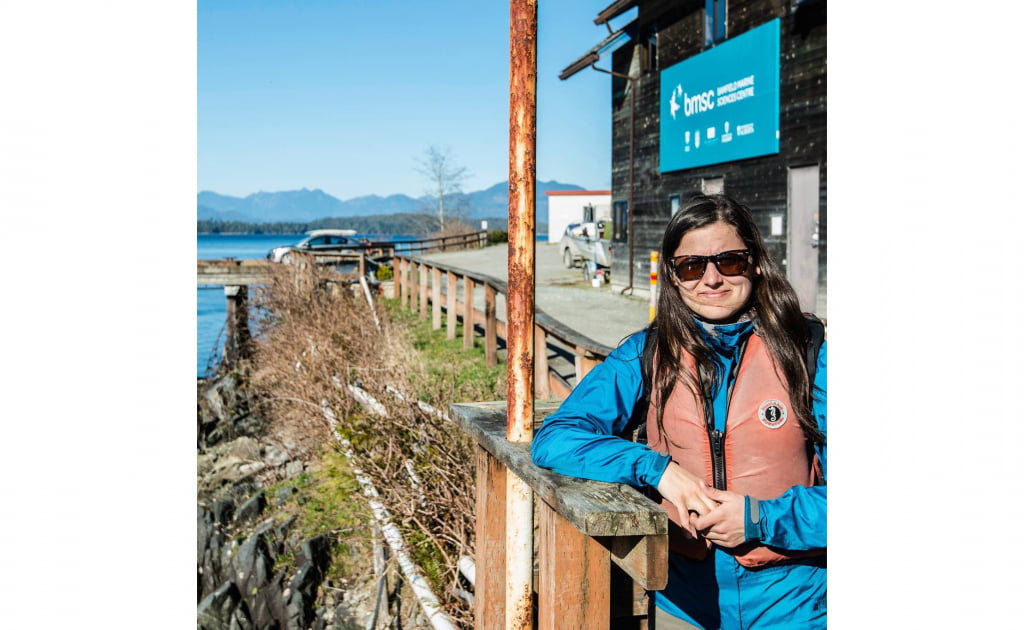 We wish to extend our congratulations to BMSC Alumna, Hilary Hamilton, on being awarded the 2018 Governor General’s Academic Gold Medal, for her outstanding scholastic achievements!

“Hilary’s thesis work constitutes original, cutting-edge research, and a substantial contribution to her field,” supervisor, and long-time BMSC researcher, Professor, and graduate supervisor, Dr. Louis Gosselin said, explaining that this, along with her community outreach and strong GPA made her an obvious choice to receive the award.

While completing field research for her Masters of Science here at BMSC, Hilary examined why natural mortality in marine invertebrates is so much higher during juvenile stages than in adult stages. Hilary discovered that juveniles are much more vulnerable to climate-related stressors, including heat and evaporation at low tide, and are much more likely to die from those stressors than adults. “Her findings have revealed a major mechanism controlling survivorship, and thus population abundance of marine invertebrates; her findings also suggest how populations of coastal marine invertebrates could be impacted by climate change,” said Dr. Gosselin.

In addition to being a BMSC graduate student, Hilary was employed as a Marine Science Educator for our award-winning Field Trip Program. We are very proud of you, Hilary!

For more than 140 years, the 2018 Governor General’s Academic Medals have recognized the outstanding scholastic achievements of students in Canada. They are awarded to the student graduating with the highest average from university programs.