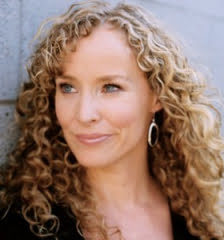 CBC, Quirks & Quarks
Science Communication
Sonya Buyting loves to talk about science — a love she says has helped shape her entire career. Sonya is an award-winning science journalist, producer, and occasional senior producer and guest host for CBC’s weekly national radio science show, Quirks & Quarks. She’s also worked on other CBC Radio shows such as The Current, Day 6, and q. Prior to working at CBC Radio, she spent many years as a television producer. She traveled around the world as a story producer for the applied science air crash investigation show Mayday, which airs in 144 countries, including on Discovery Channel in Canada. She also series produced the astronomy series Cosmic Vistas, as well as a few non-science shows, such as the series Festival Bound, a documentary on Quebec’s history told through its architecture, and hosted a 26-episode game show called Collector Showdown at High Fidelity HDTV, now Blue Ant Media. While honing her long-form production skills, Sonya missed science so much, she created, hosted, and produced a podcast called Sassy Science. Sonya’s first job that started her on her science journalism path was at what was the world’s only daily science show, Daily Planet on Discovery Channel, where she was a segment producer and a reporter. Sonya holds an undergraduate degree in chemistry-biology from the University of New Brunswick, and a graduate broadcast journalism degree from Ryerson University.
Profile